As academic year came to a close, the current pandemic didn’t stop the University of Westminster Students’ Union (UWSU) hosting their annual Awards Ball virtually this past April 2020.

Branded The Invincibles – Men’s Basketball 1st enjoyed their best ever season in programme history. The Dragons went undefeated in the BUCS Division 2B South Conference (10-0), claiming promotion to the BUCS 1st Division. To top that, the team went to win the BUCS Conference Cup, defeating St Mary’s 1st in a closely contested final – capping a double championship season.

UWSU Men’s Tennis enjoyed a championship and promotion season too, impressively winning BUCS Tier 4B with a 9-1 record. 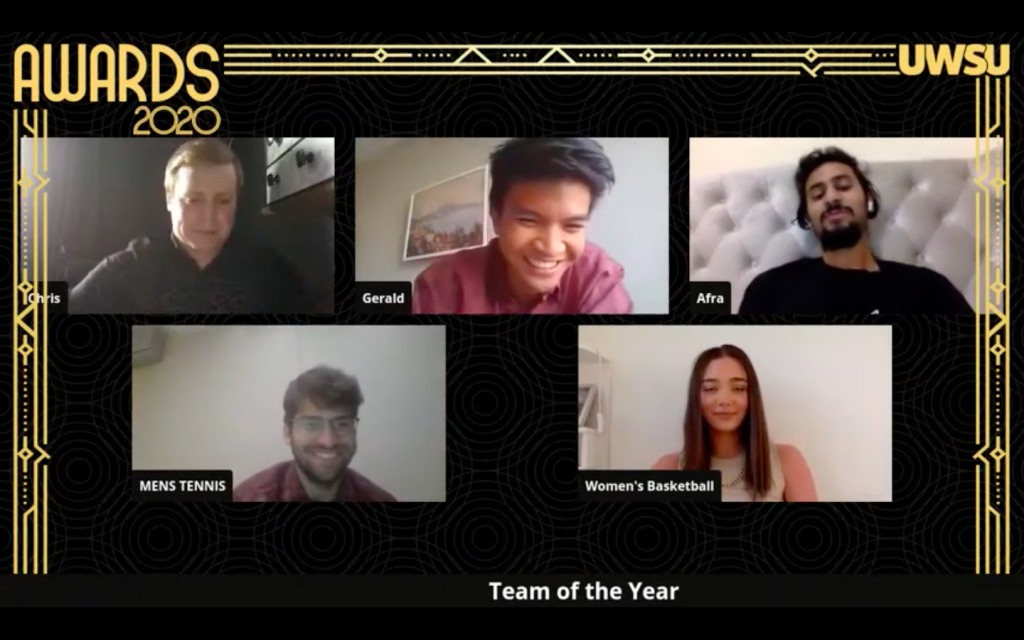 Men’s Basketball 1st pulled through with the award, winning the UWSU Team of the Year! That’s three times in five years! A fantastic achievement for the programme. Captain Afrasyab Khalil was present online to accept the award.

“I’m happy that we won. We truly worked hard. The team put in everything that we could. Thank you to everyone who voted for us. We were undefeated. Hopefully, we can continue to do the same thing next year and keep getting promoted. Thank you.”
– Afrasyab Khalil 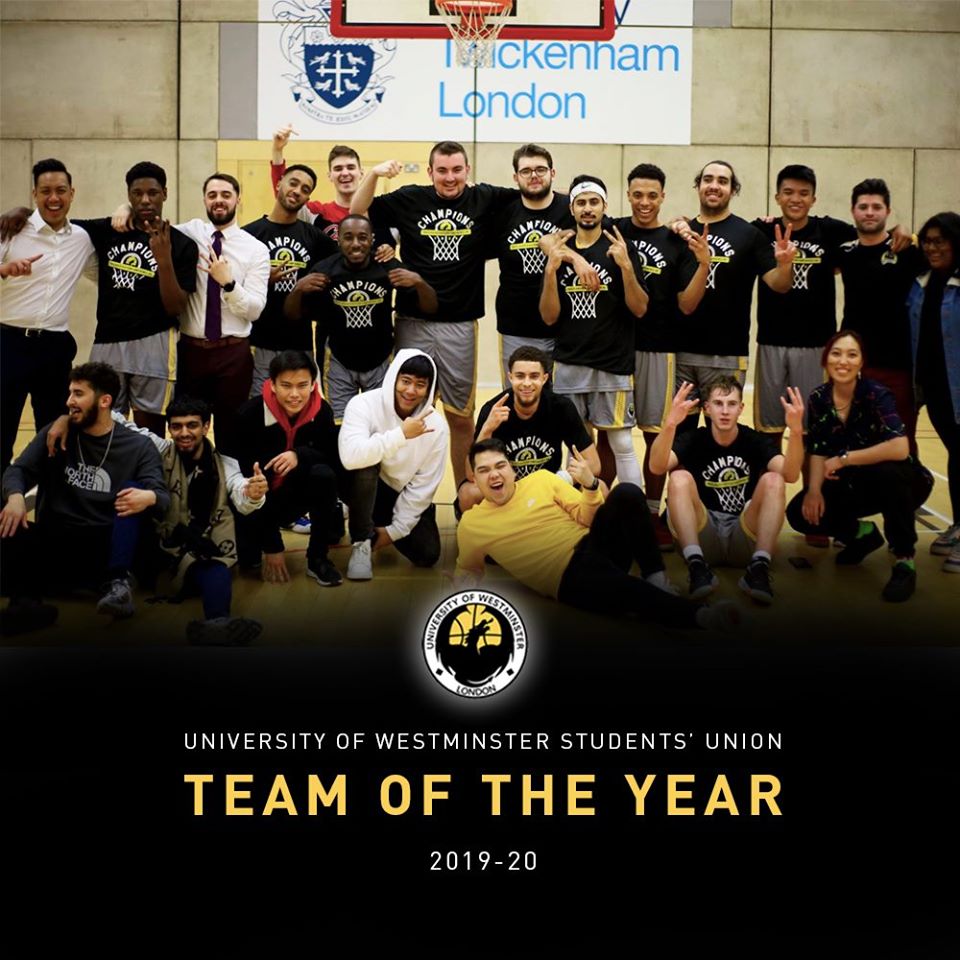 Another pleasant surprise on the evening, Tyree Blake-Bailey received the Quintin Hogg Award for his efforts and dedication to the UWSU and Westminster Dragons over the three years.

Tyree has represented the Dragons for the past three years, after transferring from Webber Warriors (USA) to continue his studies and play basketball in the UK. During the time Tyree has dedicated to the Dragons, he has two Varsity Wins, 2x BUCS Championships and a BUCS Cup to his resume.

The last Dragon from Men’s Basketball to achieve the recognition and win the award was former captain Lemar Darien-Campbell in 2017. 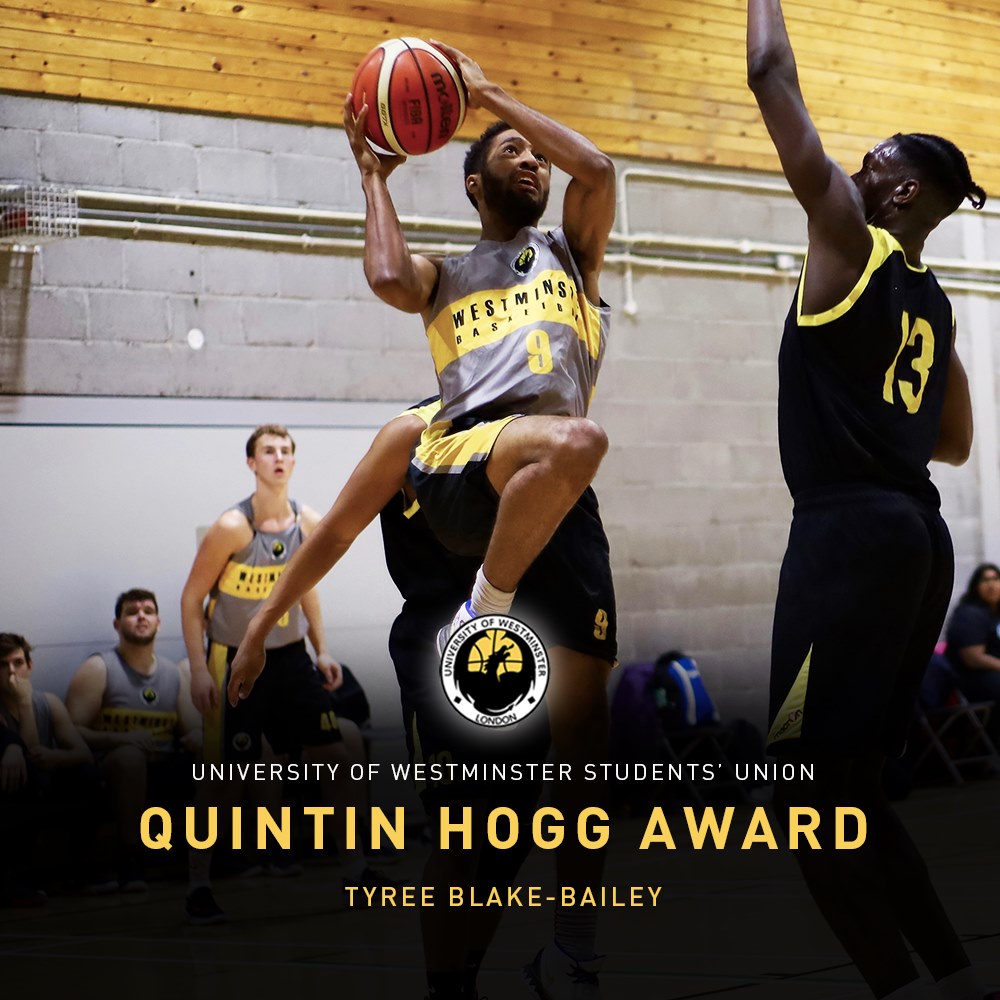 The team also received nominations in other categories.

American guard Mylo Mitchell received a nomination for UWSU Player of the Year. The senior guard from Miami, Florida had a sensational breakout season averaging 31.1ppg, 6.7apg, 6.9rpg in all BUCS competitions. Also, the Men’s Basketball 1st was nominated for UWSU Biggest Sporting Achievement for their invincible and double championship season.

Credits – Thank you UWSU, all the Dragons team, our loyal and dedicated supporters every week – it’s not possible without you. Congratulations to all winners and nominees on the evening, another successful Dragons season together #Family

Relive the UWSU Awards Ball 2020 and watch the team be announced as Team of the Year 2020! 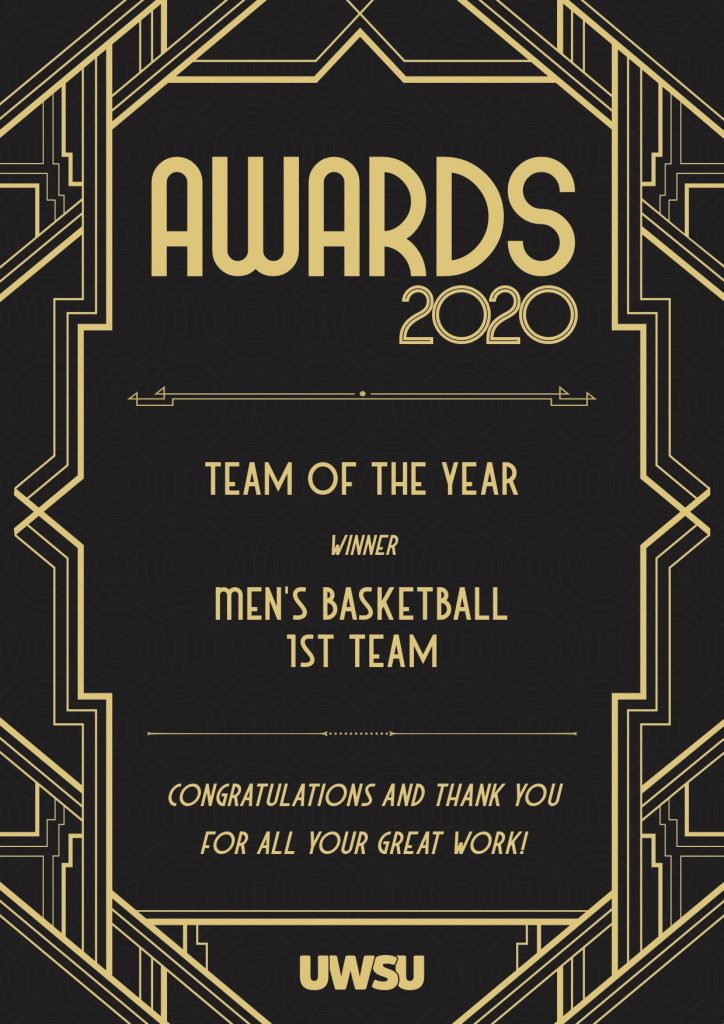 Official Team of the Year Award courtesy of UWSU