Our traditional and annual end of year Award winners are below, congrats to everyone in our programme for a successful 2019-20 – building up to a better 2020-21 season!

Unguaradable at times, and untouchable when going. Guard duo Afrasyab Khalil (29.6PPG) and Mylo Mitchell (31.1PPG) combining for 60.7PPG for the BUCS season.

Guard Afra continues to improve in his sophomore year, shooting 33% from 3PT-FG and averaging the highest FT% 92-117 (79%) in 33.2MPG. A second Westminster MVP award for the semi-professional NBL guard. 🏀🔥 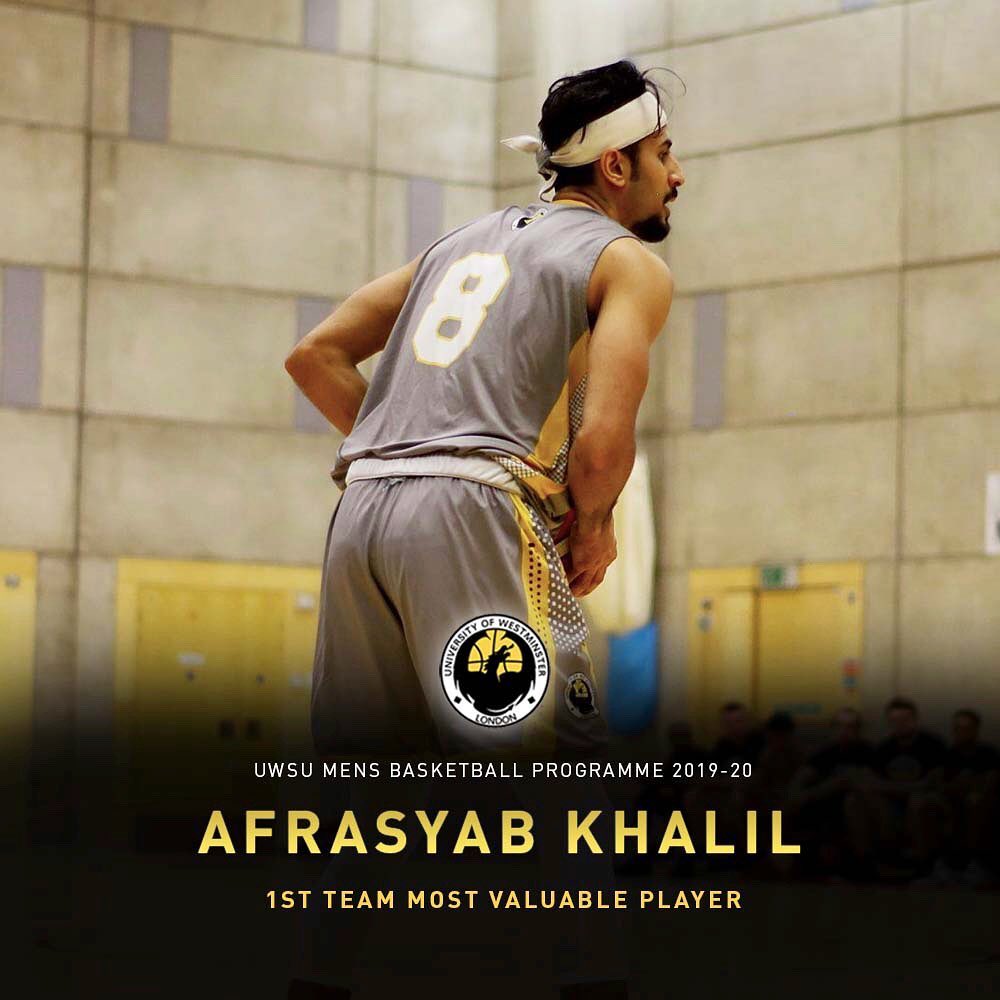 American NCAA guard Mylo shined in his year with the Dragons dominating the stats sheet 6.9RPG, 6.7APG and 4.1STPG, highlights including 2x 50pt BUCS ball games and Finals MVP for the BUCS Cup. 🏀🔥The guards helped lead the Westminster 1st to a first-ever BUCS Conference Cup Championship in history and BUCS promotion to Division 1 for the university. 🏆🥇 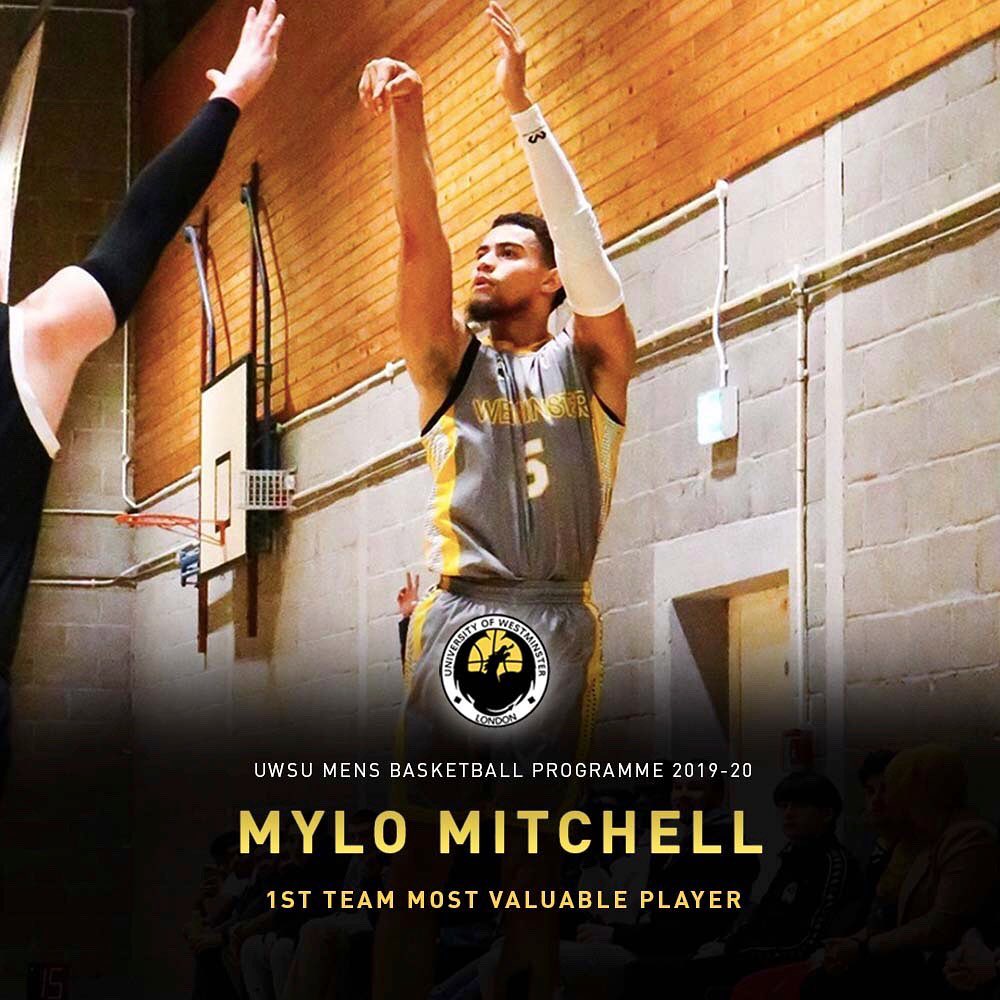 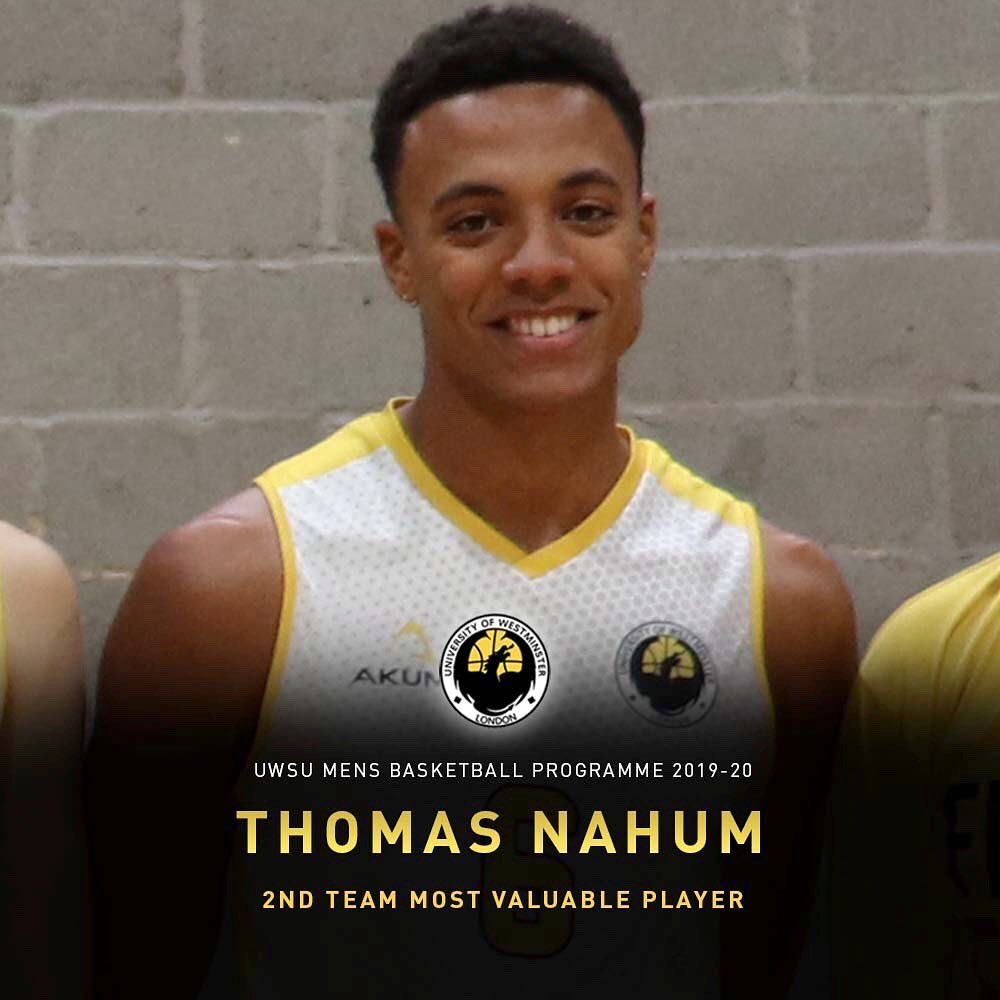 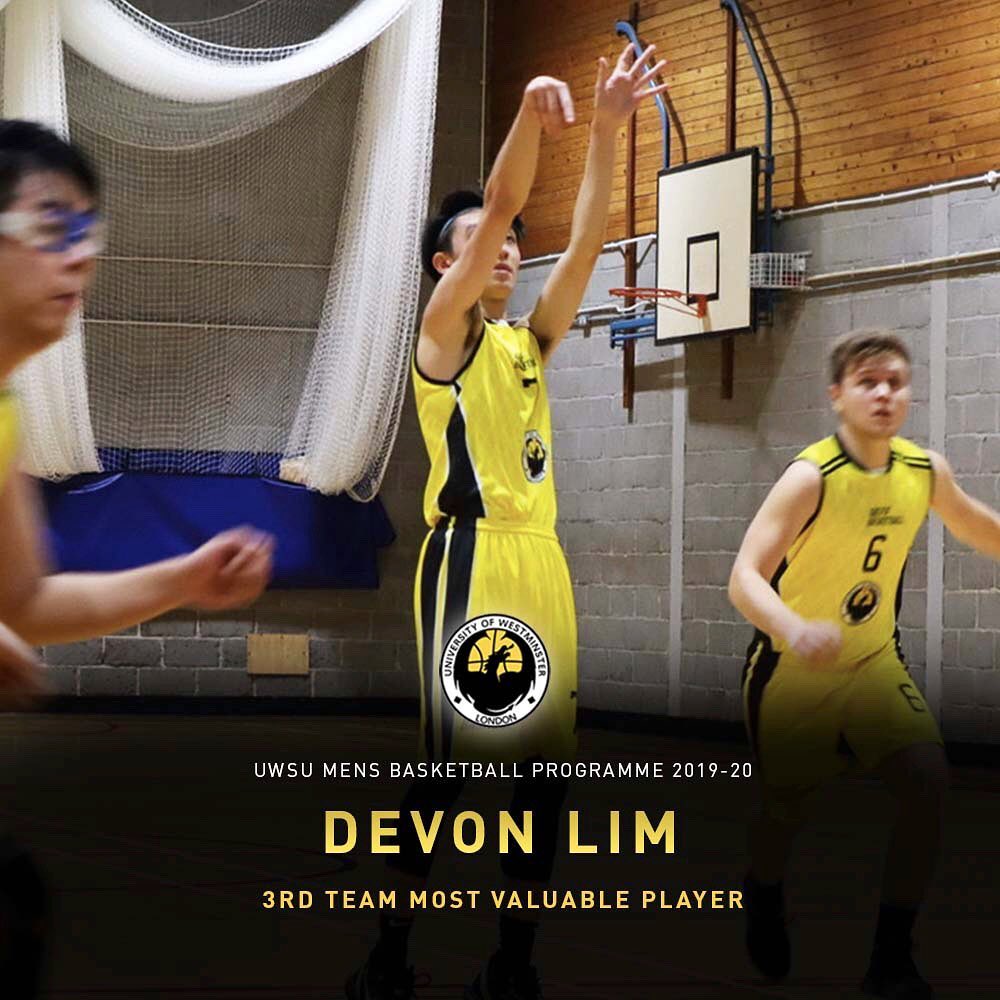 These student-athletes have demonstrated discipline, hard-work, support and commitment to the Westminster programme over the years while studying and achieving academically. We are proud to say they are Westminster Graduates! 🎓🏀🔥

Freshman Orestas Vasiliauskas was the third-leading scorer on the 1st Team, averaging 12.2PPG in 22.3MPG. He shot an overall 44% from the field all season while averaging 3.8STPG and 3.8RPG. Orestas is our Fresher of the Year! 🏀🔥

Spanish Fresher Fernando Roman has impressed in his first season with Westminster, adding IQ, flair and creativity to the Dragons offense. Averaging 6.1 PPG with 3.3 APG in 18.2 MPG of action this year, one of the youngest on the roster, Fernando has an exciting few years ahead with the programme 🇪🇸🏀🔥 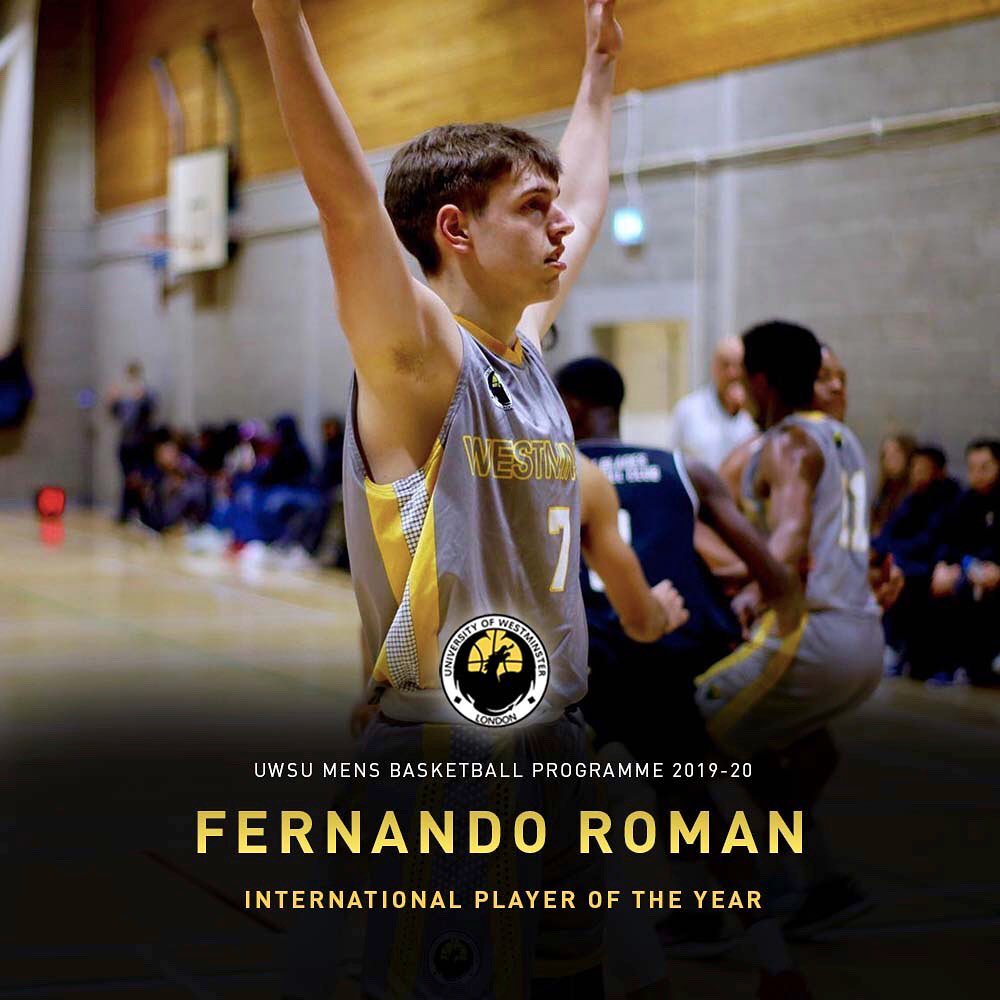 2nd Team Guard James Beveney started the season with excellent attendance in pre-season, and the results showed. Featuring more in the 2nd Team line-up with Coach Josh, James was rewarded by the programme and got his opportunity to play with the 1st Team against University of Kent in the Cup, scoring 2 points 🏀🔥 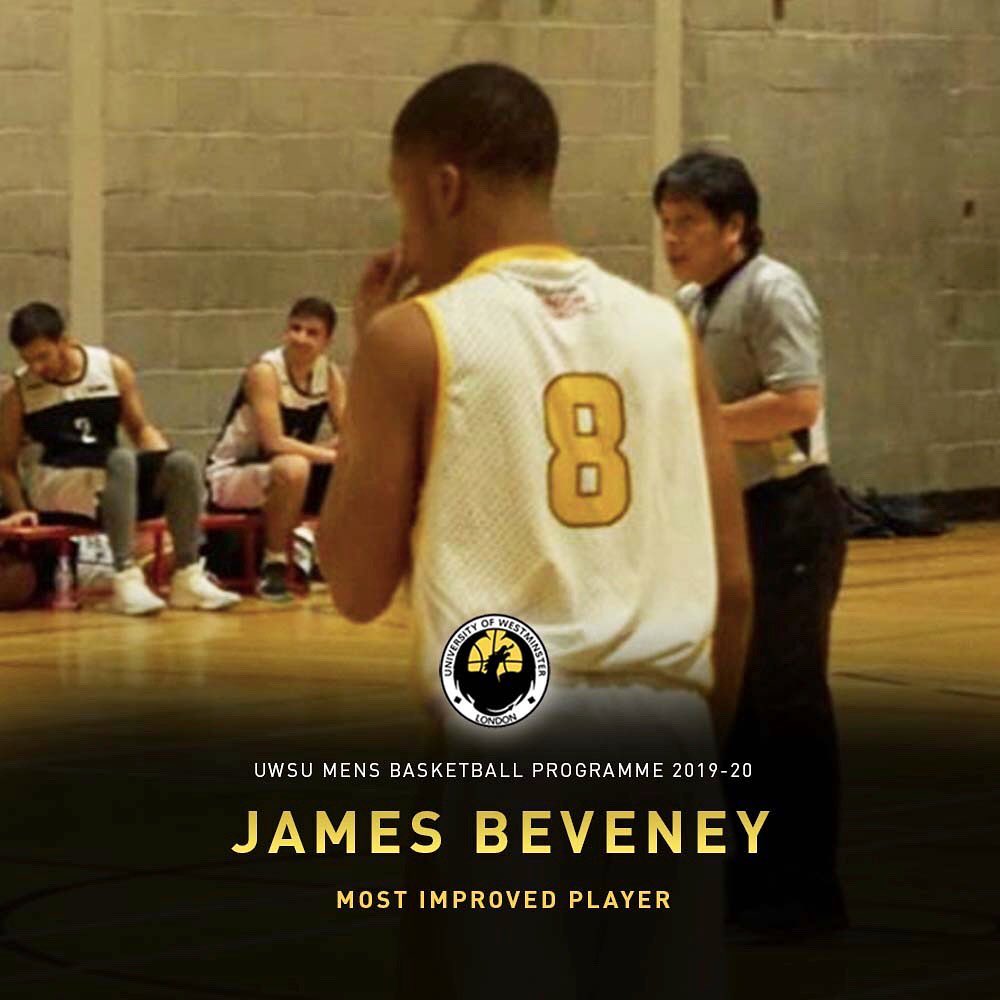 Always bringing energy on the defensive end, with a total of 49 steals (3.8 STLPG) and 6 blocks (0.5 BLKPG) this season, 1st Team rookie guard Orestas Vasiliauskas earns our Defensive Player of the Year Award 🏀🔥 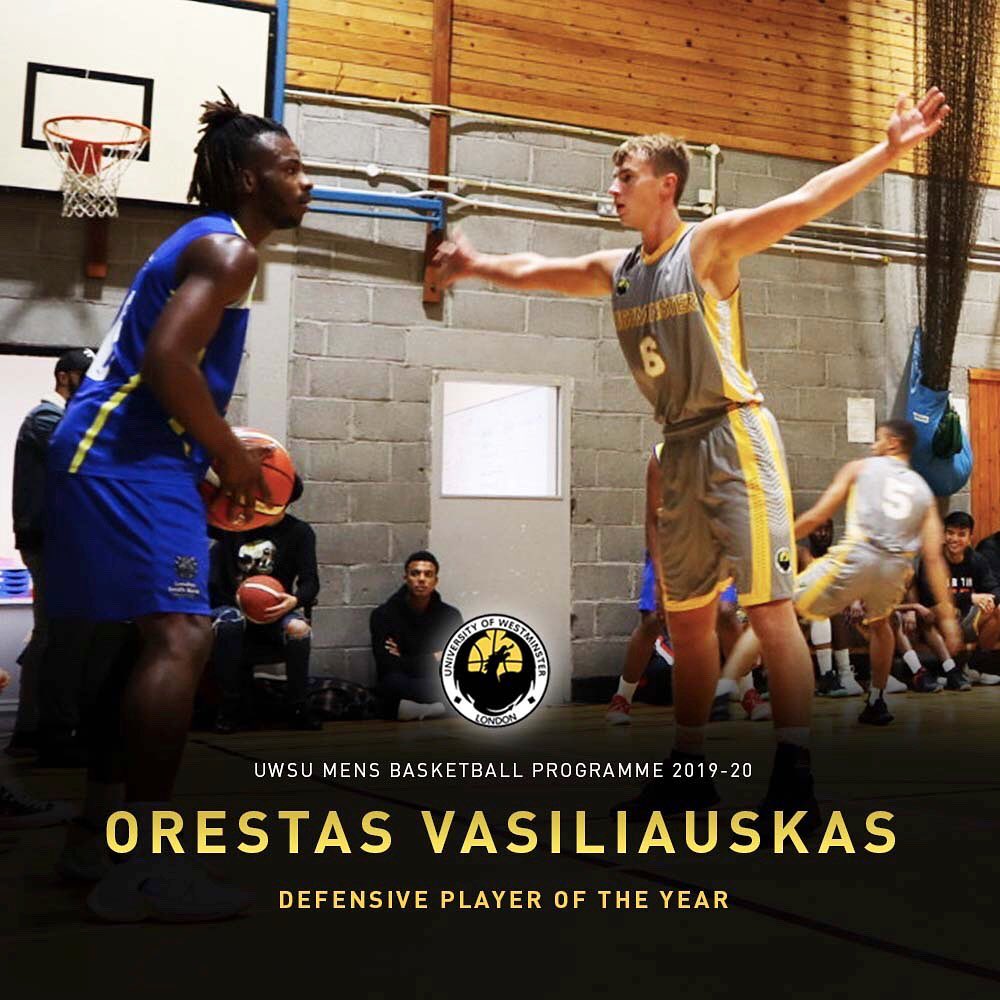 The newly promoted 1st Team Captain Guillermo Crespo earns the Players’ Player of the Year Award! Well liked and respected by his teammates, Guillermo has also joined other tam practices to help the club all around. 🏀🔥 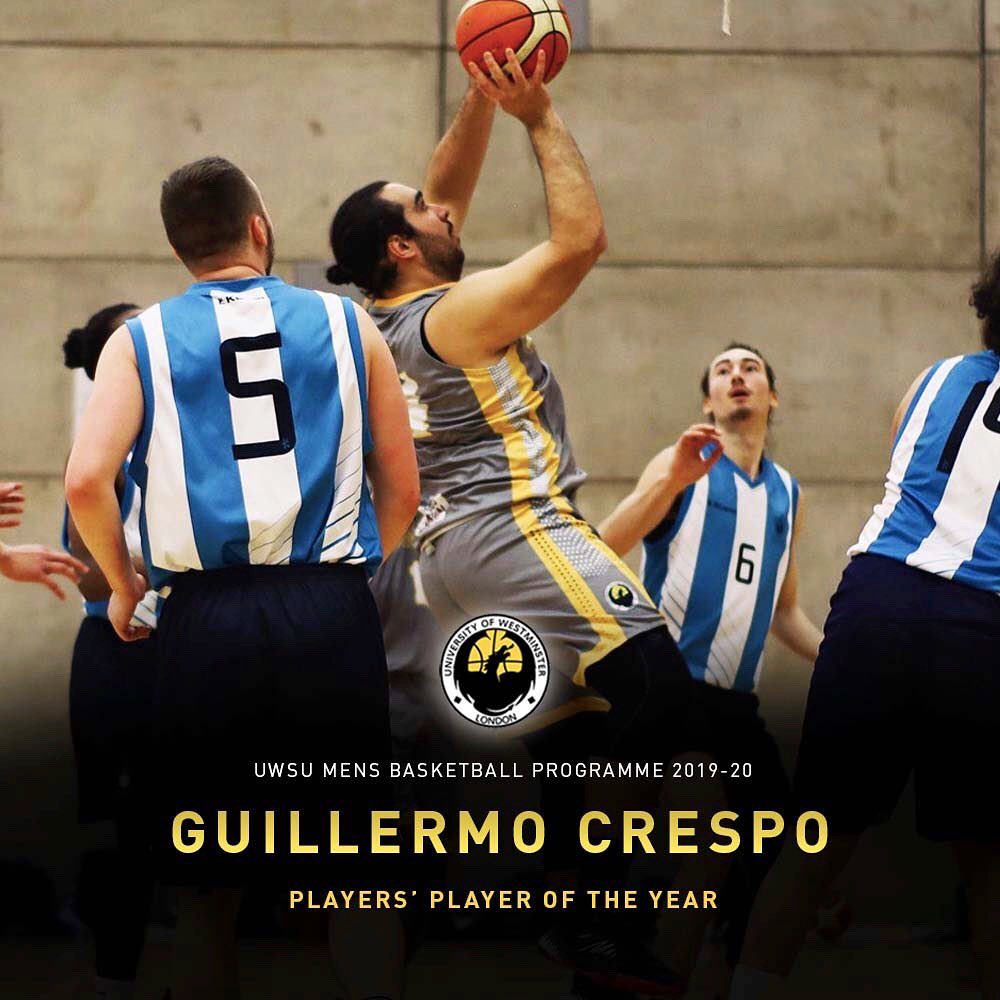 Goes to none other than Jordan Blanchard! Jordan has attend nearly all our games providing us with live game photography as well as cheering us on in our biggest moments of the season. Thank you for all your efforts! #DragonsFamily 🏀🔥 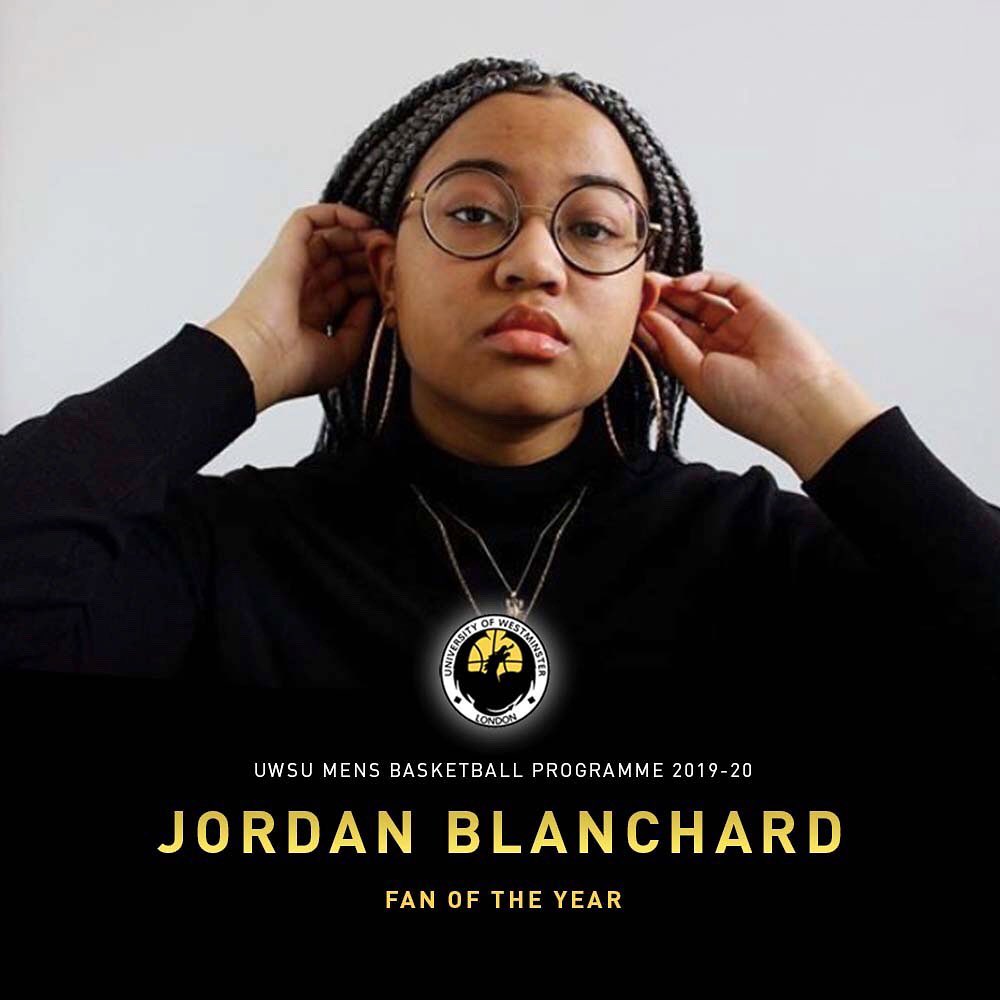