The Streetball League 3×3 is the first-ever semi-professional basketball competition in India, taking place at heart of Mumbai. The league is gaining worldwide recognition, with endorsements and backings from Indian celebrities and business moguls.

The Old School Ballers is owned by Hemant Manglani, a successful businessman and entrepreneur; the team is made up of quality and proven Indian basketball players in the community – selected from the league draft during the summer. 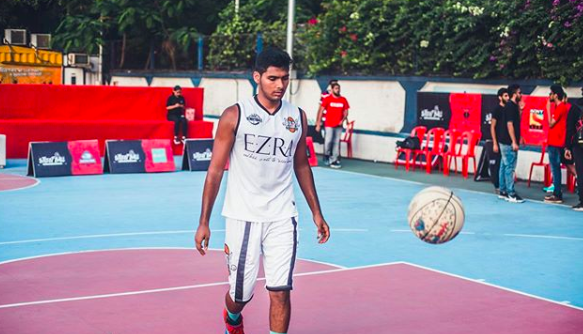 Ulhas’s team were ranked 5th in the league and seemed complete underdogs going into the playoffs. However, a string of impressive performances provided the Old School Ballers with confidence to go all the way. Former Westminster Dragons Captain Ulhas was pivotal in the process, including earning himself an Most Valuable Player (MVP) performance in the qualifiers against Buzzer Beaters with a 13 points, 3 rebounds, 2 steals and 2 assists performance.

In the final nail-biting game, the Old School Ballers managed to pull away with a tight six-point victory 50-44 over Flying Panthers (6th ranked) to be crowned the first-ever Street Ball League Champions! 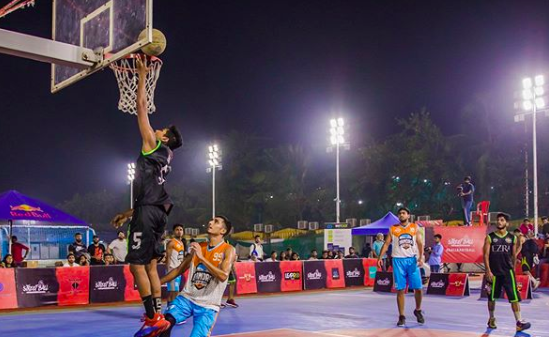 A familiar sight in the Black Uniform, Ulhas laying up for 2 points 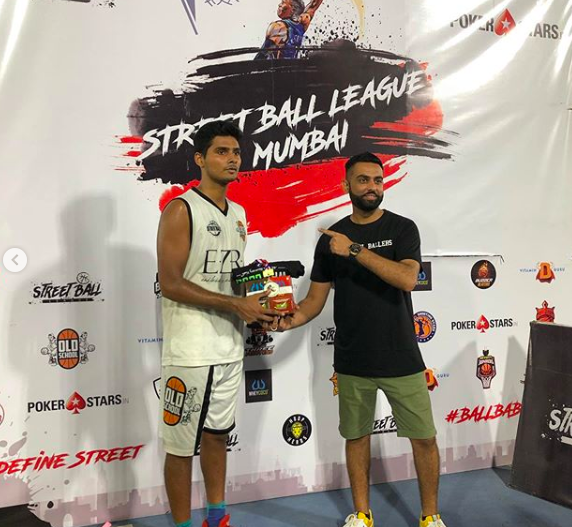 After a standout performance in the qualifiers, Ulhas was named the game Most Valuable Player (MVP)

Ulhas KS has also been featured on The Global Eye (www.globaleyedigital.com) recent issue, described as India’s Rising Basketball Star. The article also features images from his basketball days at the University of Westminster!

Ulhas is a proud Westminster graduate in BA Business Management (Entrepreneurship), he studied at the University of Westminster Marylebone Campus from 2016-2019.

We are very proud and expect more to come from our former Dragons captain! Keep it up Ulhas! 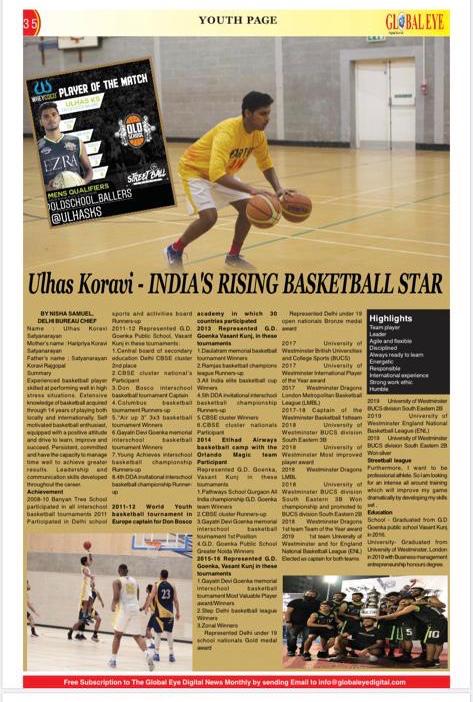