This past #BUCSWednesday, both Westminster teams were fighting for spots in the Quarter-Finals of the British Universities & Colleges Sport (BUCS) South-Eastern Conference Cup.

Westminster 1st was on the road against last year league rivals Greenwich 1st. Greenwich 1st, who was demoted to BUCS Division 3B, has enjoyed a successful start to the season – going 4-0 in the league and defeating Imperial 1st in the earlier round of the BUCS Cup. Also, the recent funding added to the sporting programme at the University of Greenwich is slowly attracting athletes to the university, and the results are showing. 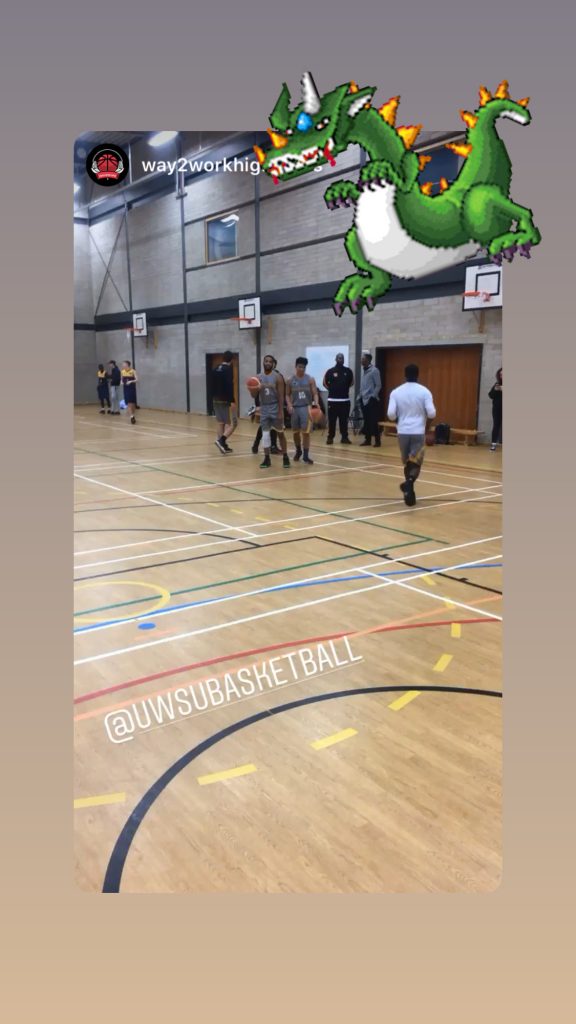 Despite winning the 1st Quarter 27-28, the Dragons couldn’t find a rhythm until late in the second quarter. The dragons went on a 9-0 run to close the first half, with key plays from guards Mylo Mitchell and Orestas Vasilauskas. The Dragons went into the half with a 14-point lead 66-52.

Greenwich came out with more intent led by Deng Camp guard Spyros Kapsalos, who finished with 22 points before fouling out late in the 3rd quarter. The former Barking Abbey academy player hit back-to-back threes and strong inside finishes to keep Greenwich in the game.

However, the Dragons responded positively. Guard Afrasyab Khalil shot 4-5 in the second half from 3 PT to finish with 29 points and 5 assists. American Guard Mylo Mitchell continues his impressive away form for Westminster, topping all scorers with 42 points while flirting with a triple-double (9 rebounds, 8 assists). Center Carlos Javier contributed more on the scoring, finishing with 11 points and 8 rebounds and Gerald Aguilar added 9 rebounds and 8 points.

The Dragons dominated the 4th quarter, despite a late rally from Greenwich, closing the game 123-108. Another century ball game for the Dragons offensively (5 out of 7 games).

Positive notes, ALL Westminster players were on the scoresheet, with key bench support from Fernando Roman (10 points, 5 rebounds). Rookie guard Orestas Vasiliauskas was rewarded with his first start in Westminster uniform with his recent impressive performances and an effective return for guard Philip Hambe-Manu from a hand injury.

Westminster 1st now advance to the BUCS South-Eastern Cup Quarter-Finals and will face league-rivals Essex 2nd @ The Dragons Den, Harrow Sports Hall.
This is the second consecutive year the Dragons have reached the Quarter-Finals of the cup. The exciting match-up will be on Wednesday 12th February 2020 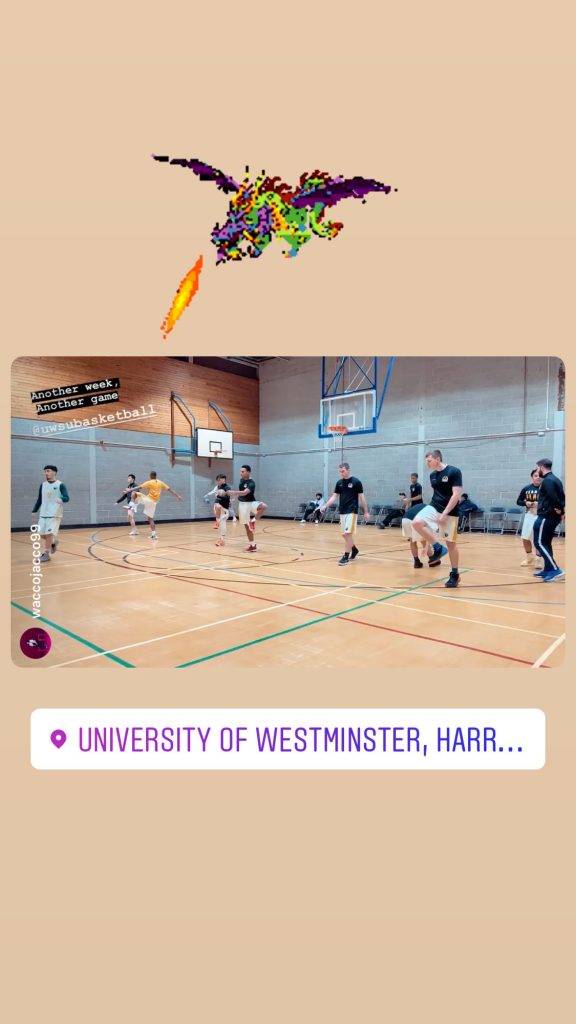 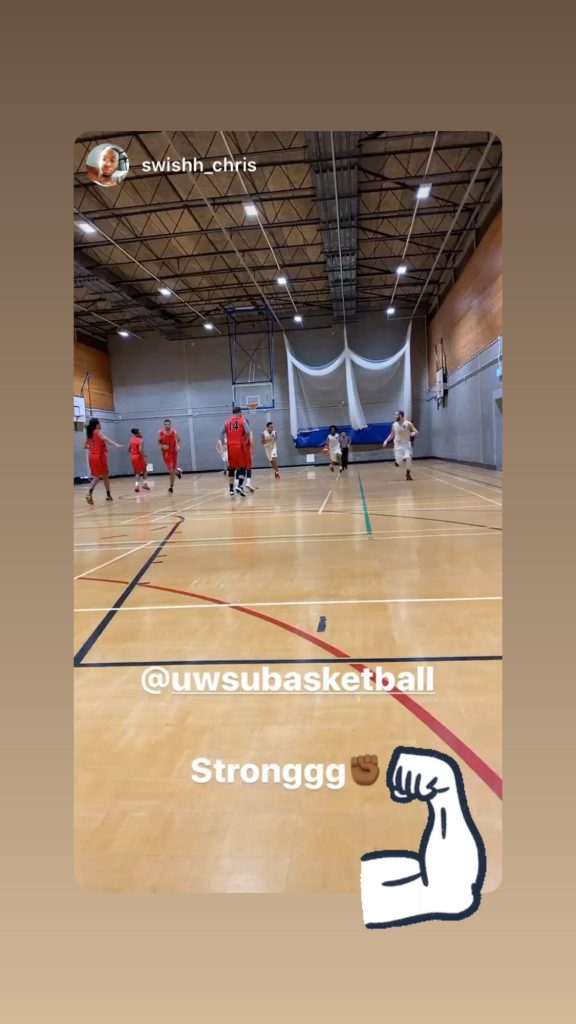 🐲 Westminster 2nd couldn’t overcome varsity UWL 1st, losing 46-77 in a heated rivalry game. UWL 1st were up double digits doing into the half and took control in the 2nd for a convincing win over the Dragons, led by national league guard DJ Morris. 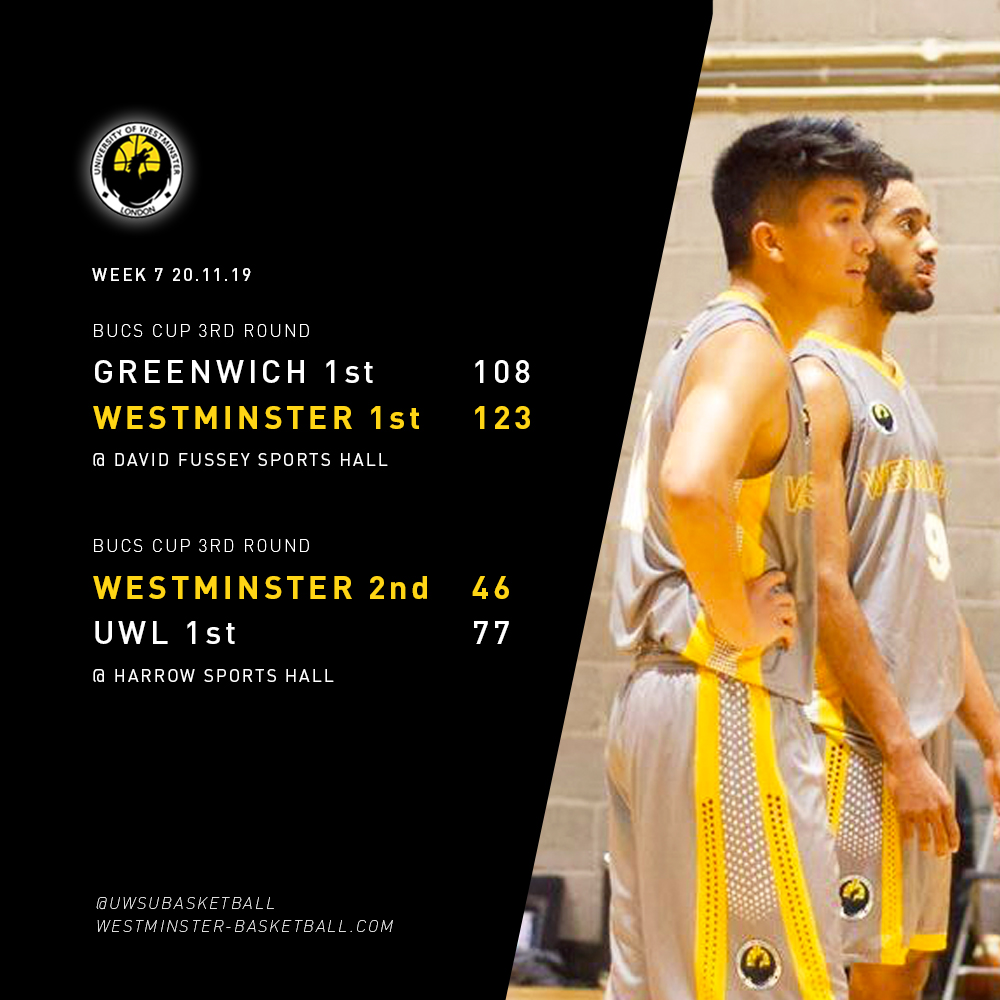