A busy day at the Dragons Den Harrow Sports Hall, as all three Westminster team were in league action.

🐲Westminster 3rd impressively battle till the end against an improved UCFB 1st, falling short 70-77. Westminster 3rd rallied late in the 4th, bringing it as close as 4 points. However UCFB 1st showed composure and produced clutch plays to finish the game. 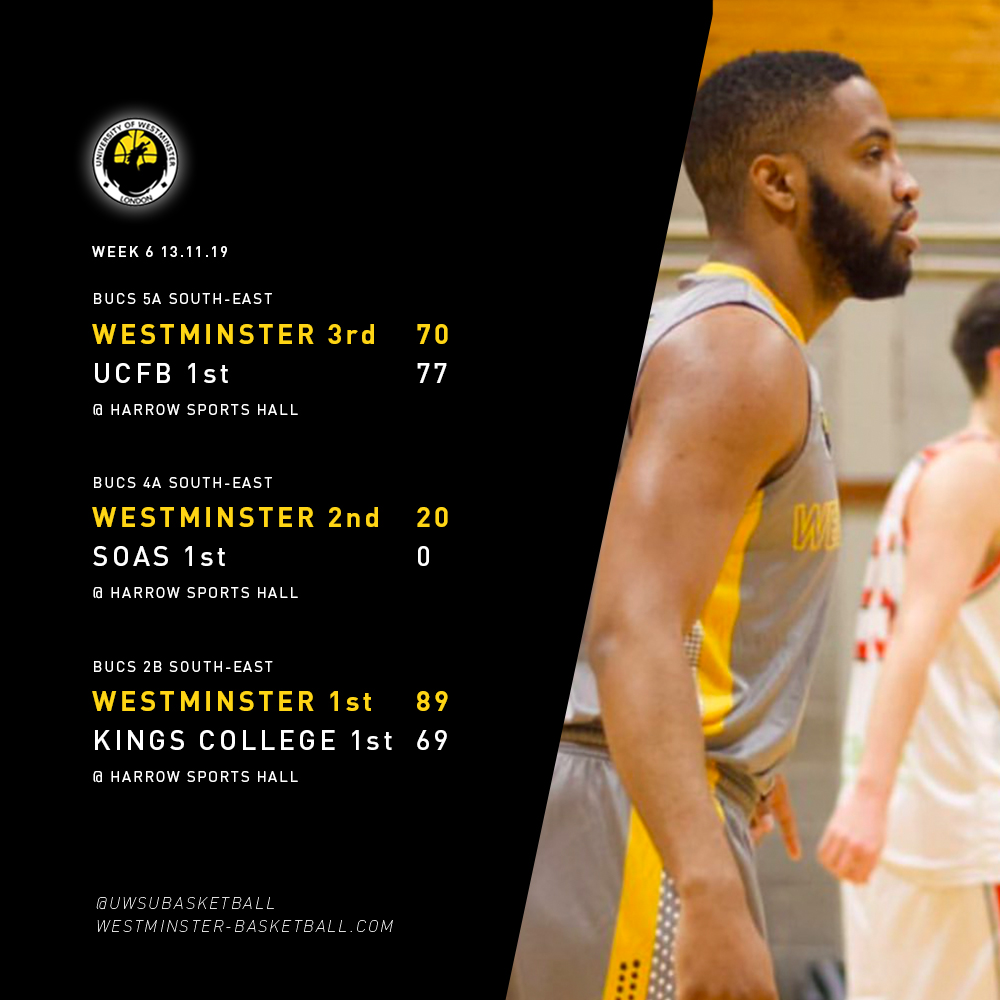 🐲 Westminster 1st prevail in a challenging match-up against an aggressive and organised Kings College, 89-69.

Kings College 1st started the game with intensity and aggression which the Dragons failed to match. Westminster 1st played catch-up for most of the quarter before tieing things at 15-15 going into the 2nd.

Westminster 1st managed to pull away, securing consecutive defensive stops and steals to lead to easy transition points. But, Kings College 1st would eventually break the run at different points to keep themselves in the game. Half-time score 41-32, Westminster up by 11.

3rd Quarter was another challenge for Westminster. Dragons with previous opponents could secure breathing space, however, Kings College through defense and hustle on the rebounds would contest Dragons all the way with every possession. Key plays from guard Orestas Vasiliauskas from the bench was the spark, the rookie finished with 17 points and 4 steals.

The final quarter Westminster pulled away, eventually winning the game 89-69. Captain Afrasyab Khalil continues his impressive BUCS scoring streak, leading all scorers with 28 points. Mylo Mitchell had 6 steals and 5 assists along with 17 points. Versatile guard Gerald Aguilar returned to the line-up and contributed with a crucial 12 points. It was also great news to welcome back explosive scorer Kiam Amodu, who suffered knee ligament damage in a practice earlier at the start of the season.

Westminster 1st now move to 4-0, currently 1st in the South-Eastern Conference 2B. This is the best start to the season the Westminster Dragons has ever had in BUCS Division 2.