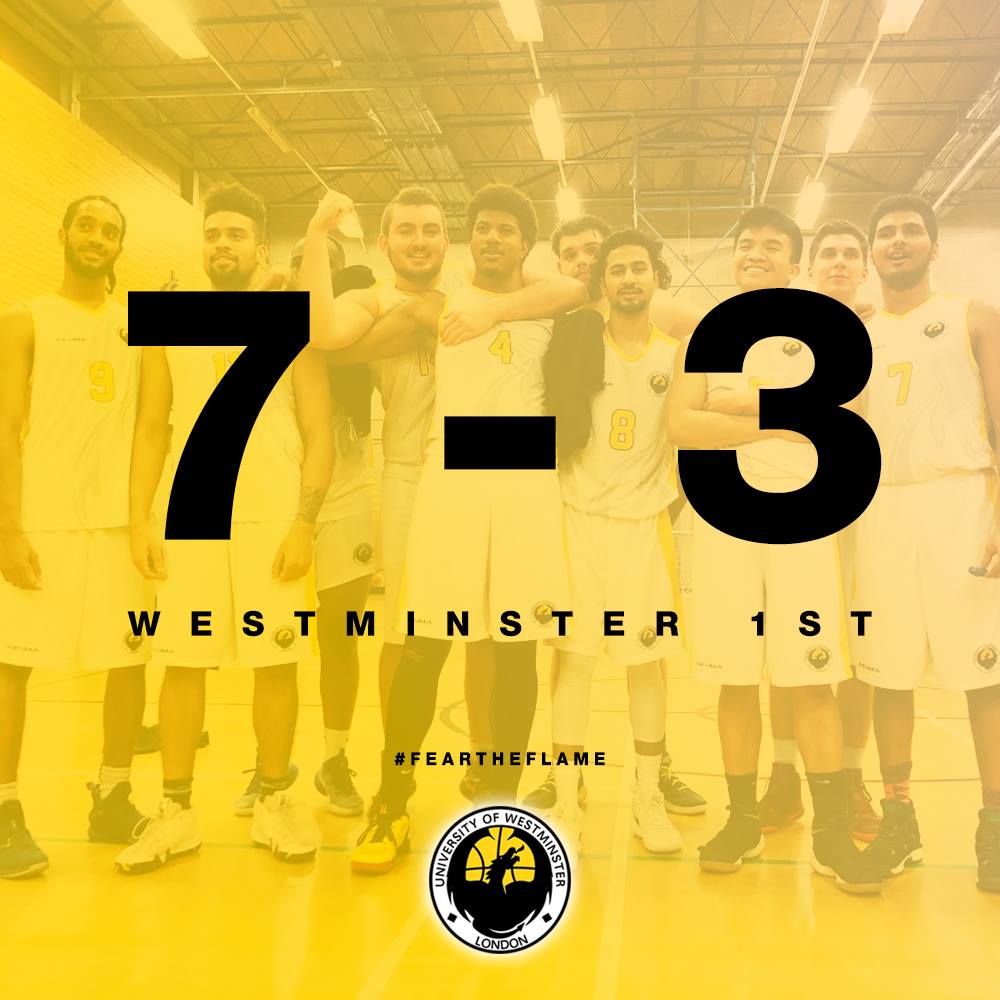 We would like to thank everyone for their CRAZY support this past British Universities & Colleges Sport (BUCS) Wednesday. Although we lost the title decider to UCL 1st, we hold our heads up high.

After winning promotion last year, Coach-Clive Castillo had a difficult task of transitioning with 7 players all graduating from the championship team and basically the Dragons building a new collective altogether.

However, Westminster would find talent and go on to achieve their best ever winning record (7-3) in BUCS South Eastern Conference 2B, and finish the season with their closest ever position to reaching BUCS 1st Division for the first time in programme history.

Highlights include defeating previous league rivals Essex 2nd in the BUCS Cup, reaching the Quarter-Finals of the BUCS Cup (first time ever for Dragons), defeating (back-then) undefeated UCL 1st at home before Christmas and impressive wins over City, Kings College and Greenwich to finish 2nd place. 🐲🔥

The silver spot not achieved by the Dragons since 2012. 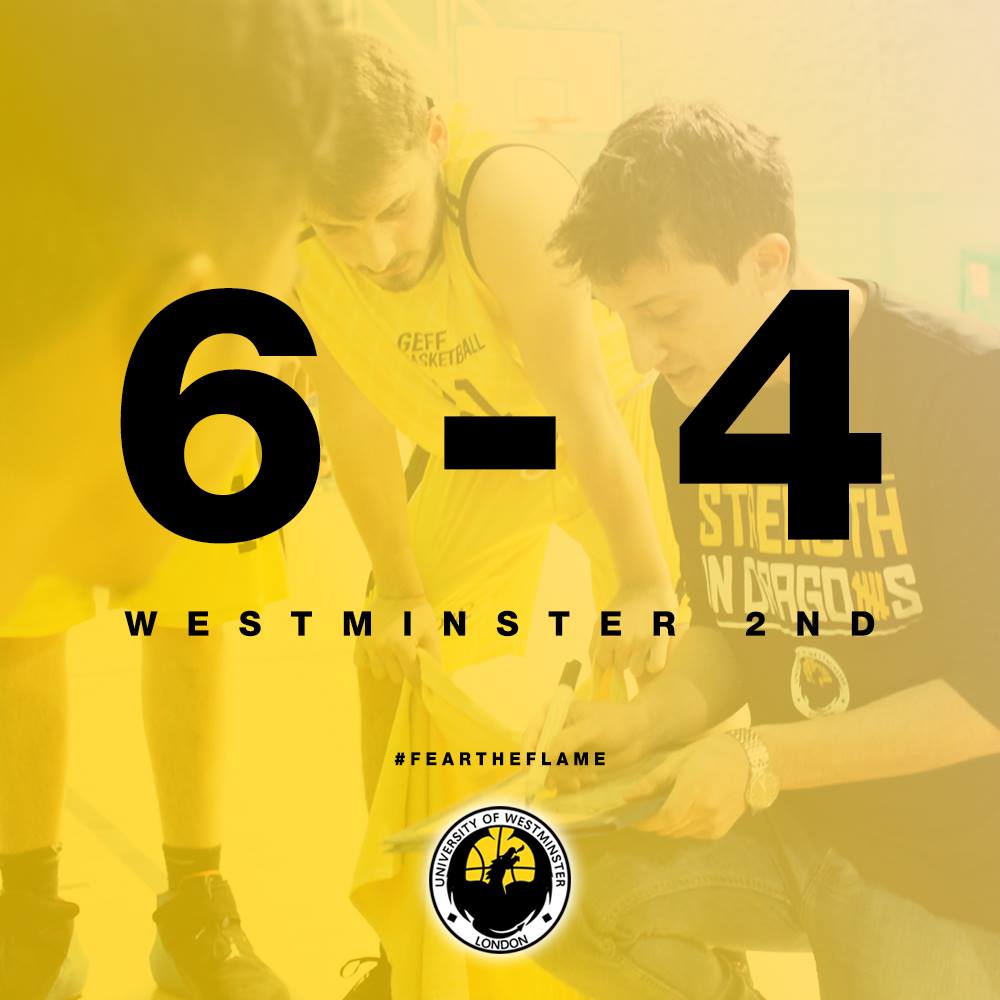 Coach Mauro and Westminster 2nd looked to bring the momentum of winning British Universities & Colleges Sport (BUCS) 5A and the off-season Romania tournament experience into the new division.

A promising opening away win against Portsmouth 2nd set the tone for the season, however inconsistency down the stretch and dropping two crucial home games to SOAS 1st and return-match with Portsmouth 2nd was the title difference. A final 6-4 winning record with a bronze finish to show for Westminster. 🥉

Highlights include a dominating home win against Brunel 3rd, competing against Medway 1st (Division above) till the end in a BUCS Cup game and defeating early league favourites Roehampton 1st at home.

The Dragons will look to keep the same core going into next season for another promotion push. 🐲🔥 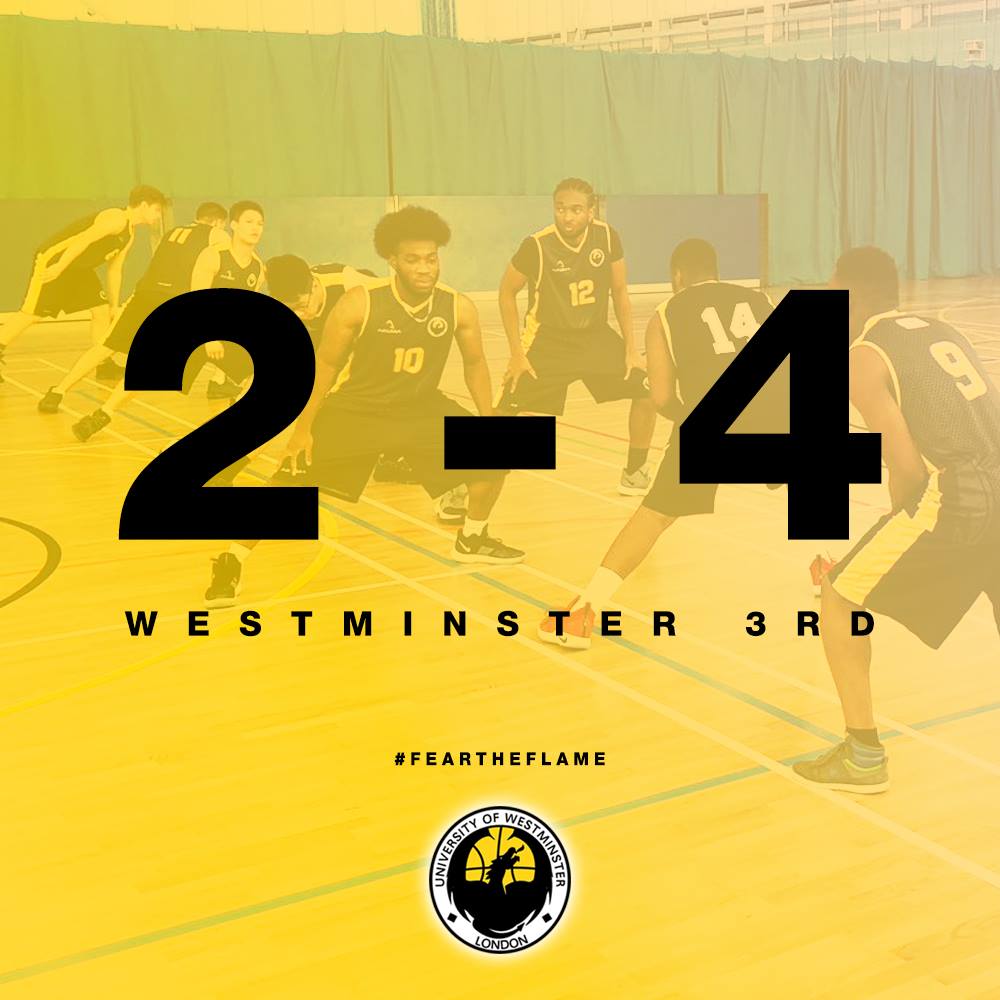 The newly formed Westminster 3rd set out their British Universities & Colleges Sport (BUCS) adventure in South-Eastern Conference 5A, the division Westminster 2nd won the season before.

Newly promoted Coach Yao Xiyuan took the lead to help the Dragons on their new venture. However, Westminster suffered crushing losses due to lack of team chemistry and experience, including one to West London Rivals UWL.

Despite the results, Dragons showed unity and resilience to stick together, finishing the season with a respectable 2-4 record – 6th place (out of 7).

Highlights include an overtime thriller at home against UCFB, where the Dragons won by 2 points. Not to forget Westminster 3rd’s first ever win against Queen Mary at the Dragons Den on the 14th November. 🐲🔥 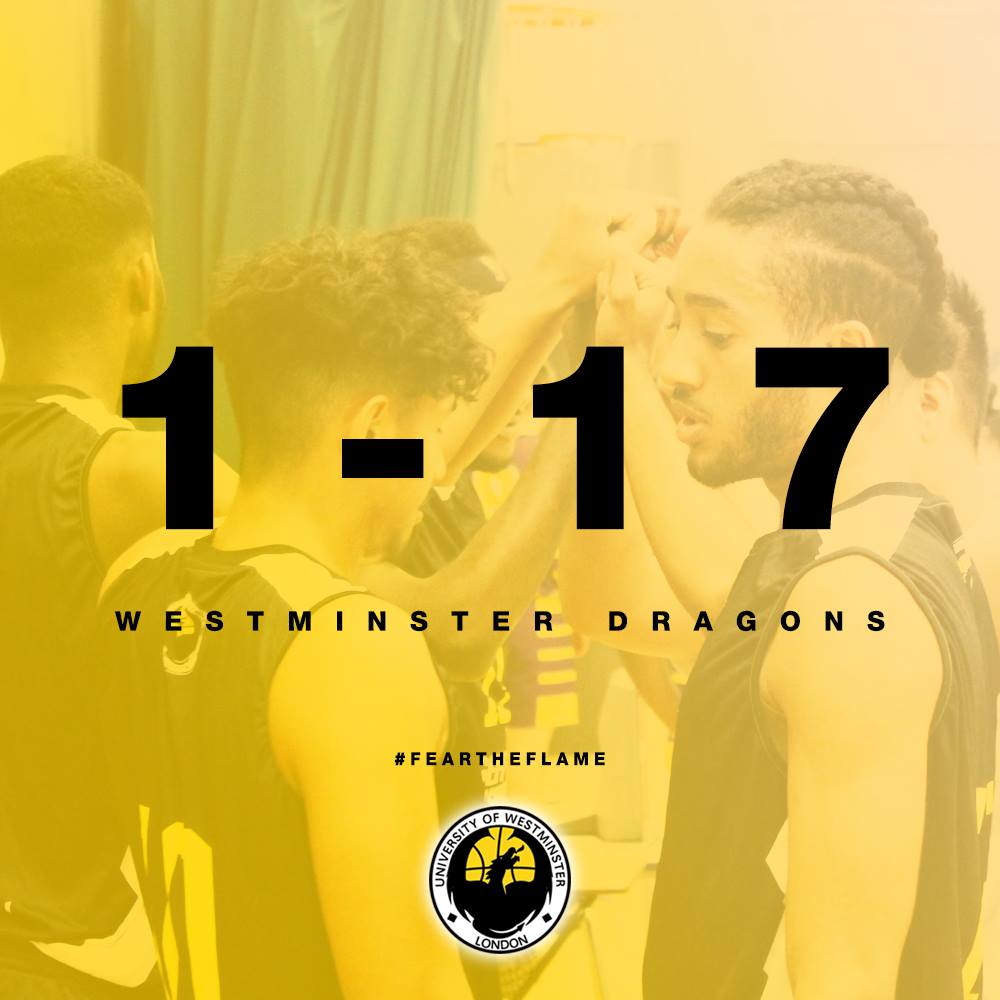 The debut season in National Basketball League D4 was a true test and the toughest challenge yet for the Westminster Dragons. Despite a line-up full of talent and experience, chemistry and performing consistently was a weekly struggle for the Dragons as they fell to a 1-17 league record finishing bottom of the table.

Highlights of the season include two impressive ENL Shield wins, one against a team in a higher division. Performing in front of a local primary school and winning our final league game against promotion contenders Richmond Knights. 🐲🔥

Thank you the University of Westminster Students’ Union (UWSU) for supporting our campaign. Meetings in the summer will determine the future of the club programme in ENL.