What a 1st semester for the University of Westminster Men’s Basketball Club, who are on track to what could be Dragons history in the making!

Westminster 1st Team’s season-opening disappointing loss to Kent in overtime was not how the Dragons wanted to start the year. However, 4 straight wins since October with crucial back-to-back victories against title contenders Kent and Essex, have pushed Westminster in a strong position for their first BUCS championship in 6 years.

The Dragons are currently placed second in BUCS 3B, with an extra game in-hand and a head-to-head point differential advantage over every club. An undefeated run in 2018 in the remaining five games will undoubtedly see gold for Westminster, a goal Coach Clive Castillo has been chasing for three years.

“The chemistry within the group is getting stronger every game. We just have to focus on winning every game, one game at a time.”

Westminster 2nd showed potential last season on their BUCS return despite falling to a 2-4 record. This year the 2nd team has come alive under the influence of new programme coach Mauro Di Nunzio. The Dragons have shown great heart and team chemistry this season which have led them to victories through tough games. One of the most memorable moments for the team defeating Kingston 1st 72-71 in an overtime thriller (BUCS Cup Last 32), a team topping the division above the Dragons.

“The bond between the 2nd team guys and the effort shown is indescribable.” Coach Mauro Di Nunzio

After impressive victories in the early rounds of the BUCS Cup, both Westminster teams were sadly knocked out in the Last 16. Westminster 1st couldn’t overcome UEL 2nd for the second straight season, and Westminster 2nd struggled against a strong Brighton 1st team.

Westminster Dragons (LMBL Division 2) have not had the same fortunes of the BUCS teams. Losing 4 of their opening five games, including suffering their biggest home loss in the recent-while by 36 points against Middlesex Saxons. However, 3 wins in a row since their last defeat may mean change of luck for the Dragons in 2018. Their recent victory was against London Gators in the LMBL Plate Last 16; a competition Dragons may have a chance to earn their first-ever LMBL silverware.

“Our away form has been poor, and it has let us down. However the team are executing much better with every game, and the new players are starting to understand their roles well.” Coach Clive Castillo

The club is growing every season under the management of Head Coach and Programme Director Clive Castillo. The 1st Team now also consists of players who have competed in America (NCAA D2, NAIA), European International Players and domestic National League talent.

“The key is to build a programme for student-athletes to practice and play competitively every week, with the opportunity to maximise their basketball and athletic potential. At Westminster, this is what we primarily focus on.” Coach Clive Castillo

The Westminster Dragons managed to secure their first sponsor signing with GEFF Sports, a European based sports clothing manufacturer.

The inclusion of Strength & Conditioning sessions and nutritional plans with Coach Tiago Miguel have been beneficial for student-athletes here at Westminster. The players maintain a high-level performance week-in week-out while lowering the risk of injury through core strengthening lifts and exercises. 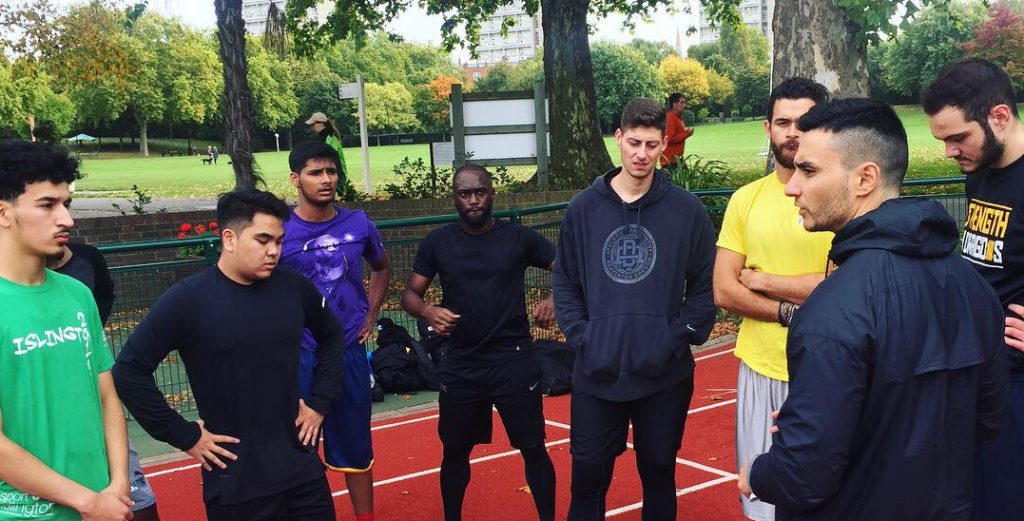 Coach Mauro Di Nunzio, a Level 2 European coach, has also been influential in his arrival to the Dragons this season. The Assistant Coach was given the leading role to mentor the 2nd Team, and the winning results are evidence of his work. Westminster 2nd are now top of BUCS 5A going into 2018, defeating title challengers UEL 2nd emphatically 77-50 before the Christmas break. 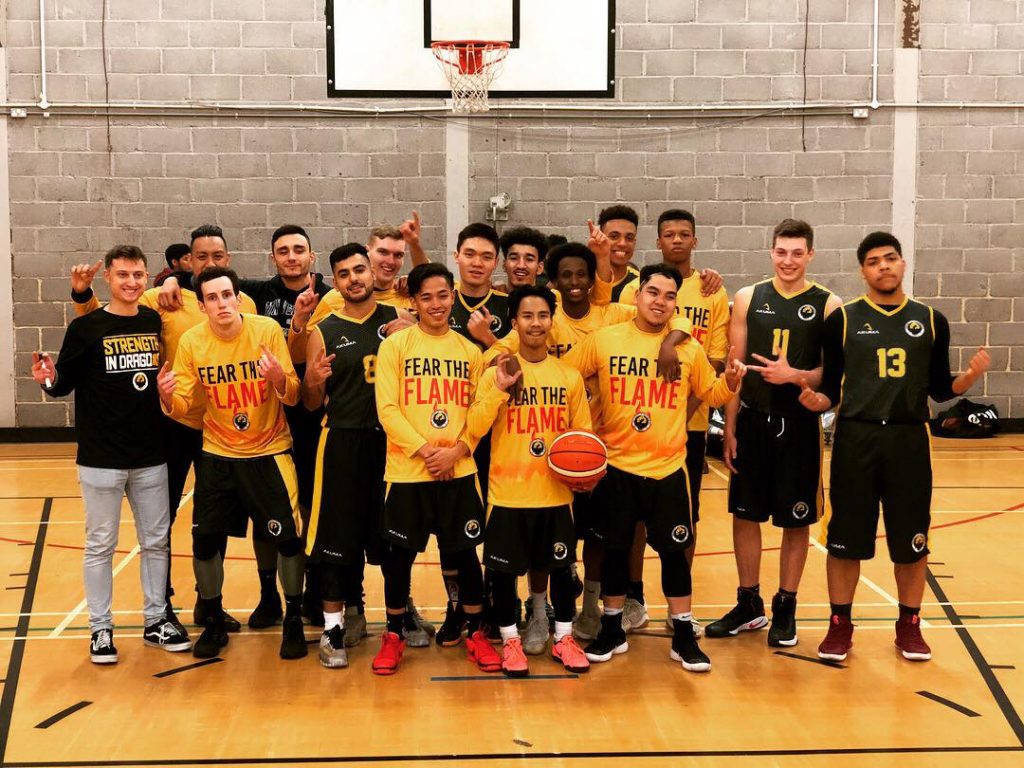 Keep following our journey into 2018.