Looking to compete and play basketball while studying at the University of Westminster? Our programme is designed for students to maximise basketball potential while succeeding academically.

If you’re looking to try out for the University of Westminster Men’s Basketball Team we have two important dates you need to put on your calendar:

For more information find us at the Arrivals Fair this week on each campus: 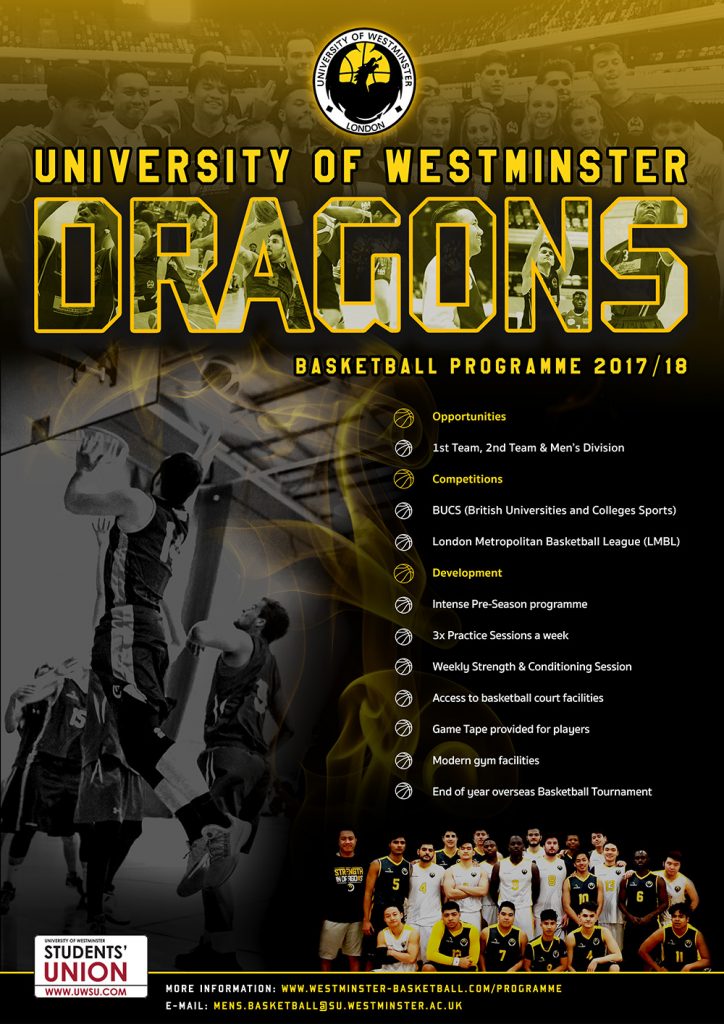